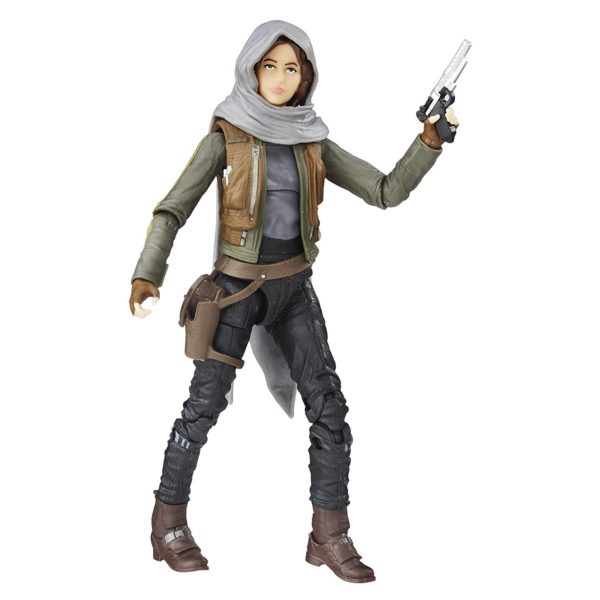 Celebrate the moments of iconic action and relive the timeless adventures and from Star Wars: Rogue One with this premium 6-inch replica figure of Sergeant Jyn Erso from Star Wars The Black Series. A highly skilled soldier in the Rebel Alliance, Jyn Erso is an impetuous and defiant warrior, eager to bring the battle to the Empire. Jyn has little patience for debate within Alliance High Command, enough so that she takes matters into her own hands. Outfitted with her 2 blaster accessories, this 6 inch Sergeant Jyn Erso figure from The Black Series features premium deco across multiple points of articulation and quality realism for iconic role play and ultimate collectability. Join the defiant Sergeant Jyn Erso on a top-secret mission to steal the plans to the Galactic Empire’s most fearsome and deadliest construction, the super weapon known as the Death Star, and embark on an epic journey alongside the Rebel heroes, where Imperial officers are charged with protecting the Empire’s invention against the Rebels at any cost.