View cart “Star Wars The Black Series Rogue One Sergeant Jyn Erso” has been added to your cart. 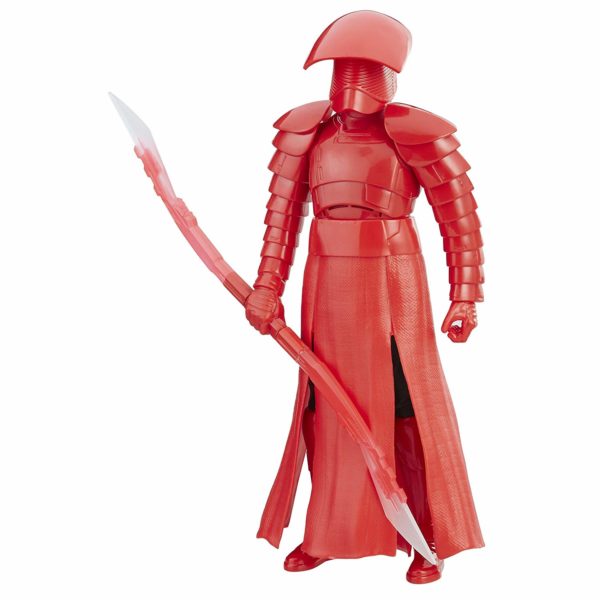 As the Supreme Leader of the First Order, Snoke stood atop an evil regime that mirrored many of the dark traditions of the Galactic Empire. As a striking example, Snoke was flanked by crimson-clad guardians, loyal protectors encased in ornate armor ready to defend the Supreme Leader from any threat. Imagine bringing the power of the Elite Praetorian Guards to life with this 12-inch Electronic Duel Elite Praetorian Guard figure! Squeeze the legs to activate the guard’s staff with light effects! The figure also features authentic battle sounds when engaged, so kids can imagine these elite protectors storming into battle to defend the Supreme Leader.